Now, back in the long-ago times when Buddhism and HInduism started out in India, modern neuroscience obviously didn't exist. Almost everybody took it for granted that consciousness was separable from the body, and that the feeling of an "I" residing between and behind the eyes reflected something real: a soul or self. The Buddha blew minds by saying otherwise. So I finished the book wondering if Harris' emphasis on meditation as a way to realize the reality of selflessness was justified. He has done a lot of meditating and spiritual searching in India and elsewhere.

Which, for Harris, is close to an indisputable fact. Although we are only beginning to understand the human mind at the level of the brain, and we know nothing about how consciousness itself comes into being, it isn't too soon to say that the conventional self is an illusion. There is no place for a soul inside your head. LIke I said, done. I'm convinced, in much the same way I'm convinced that the Earth revolves around the Sun, rather than the other way around. When I look at the Sun set or rise, I still have the sensation that it is moving, while the Earth stand still.

However, science tells me this is an illusion. I believe science.

My mental image is of the Earth orbiting the Sun. It is only my eyes which deceive me. Likewise, I don't believe that I have a self or soul. I haven't for quite a while. Yet I still feel like I am looking out at the world in the same way as a rider looks out from his position astride a horse: in control, separate from body. What I'm unsure about is whether it is really necessary to engage in all of the meditative work Harris considers to be necessary to lessen one's feeling of being a self or soul.

If this is such a good thing, then why shouldn't I also labor at trying to experience the Earth moving at "sunset" rather than the Sun going down? Evolution wouldn't have left us with the feeling of being a self if it wasn't good for something. Likely, a lot of something. That said, I can understand the Buddhist-like perspective Harris shares in his book. It is possible to live life in a more meaningful and happy way if we tinker with how we experience ourselves and the world. Sensations of suffering and lack can't be eliminated, but they can be much reduced.

This is the question. Harris is big on meditation. I think that thinking is another way: understanding the reasons why a self or soul almost certainly doesn't exist can lead to an intuitive experience of selflessness. Again, after I understand that the Earth revolves around the Sun, I won't look upon a sunrise or sunset in the same way. Eventually that cognitive understanding may morph into an experiential realization of Earth moving and Sun staying still. Buddhist meditation -- Harris favors the Dzogchen variety -- surely is a proven way of experiencing more fully the reality of no-self.

Simply living life with eyes wide open is another way. I doubt that sitting at the feet of a Dzogchen master is necessary to realize there is no self or soul inside my head. We have long known that how things seem in the world can be misleading, and this is no less true of the mind itself.

And yet many people have found that through sustained introspection, how things seem can be brought into closer register with how they are. Well, not only through introspection. Extrospection -- diving into the world -- can do this also. Harris correctly says, "Subjectively speaking, there is only consciousness and its contents; there is no inner self who is conscious. The form of transcendence that appears to link directly to ethical behavior and human well-being is that which occurs in the midst of ordinary waking life The freedom from self that is both the goal and foundation of spiritual life is coincident with normal peception and cognition -- though, as I have already said, this can be difficult to realize.

Here's a 7 minute video featuring Sam Harris talking about consciousness and the self. Pretty good summary of the core theses of his book. I'm about a third of the way through.

Which is far enough to have discovered the central theme. Harris writes:. My goal in this chapter and the next is to convince you that the conventional sense of self is an illusion -- and that spirituality largely consists in realizing this, moment to moment. Most of us feel that our experience of the world refers back to a self -- not to our bodies precisely but to a center of consciousness that exists somehow interior to the body behind the eyes, inside the head.

The feeling that we call "I" seems to define our point of view in every moment, and it also provides an anchor for popular beliefs about souls and freedom of will. And yet this feeling, however imperturbable it may appear at present, can be altered, interrupted, or entirely abolished.

Subjectively speaking, the only thing that actually exists is consciousness and its contents. Now, I realize that some people would say "Yeah, makes sense, no big surprise" to the above scientifically- and experientially-persuasive truths. But I spent decades as a devotee of a mystical philosophy that, like many others, taught that we humans have, or are, an eternal soul.

The soul supposedly could return to God through meditation at the "eye center" -- that place behind the eyes and inside the head Harris, a neuroscientist and Buddhist practitioner, says doesn't house a self or soul. So it sure seems like those who claim that this world is an illusion, with soul-realms being true reality, are the ones who have gotten it wrong.

There is no enduring soul or self to be liberated. As Harris says in his book, genuine spirituality is realizing this. Thus a belief in the existence of soul leads one farther away from the truth, not closer. This is basic Buddhism, yet even many Buddhists still harbor fantasies of living on after death as I'll share more from "Waking Up" in other posts. So far, I can highly recommend the book. Harris has a knack for saying familiar things to those, like me, who have read similar books in a fresh way.


These people seem to be the same person. Indeed, these people share memories and personality traits. For example, Parfit asks the reader to imagine entering a "teletransporter," a machine that puts you to sleep, then destroys you, breaking you down into atoms, copying the information and relaying it to Mars at the speed of light. On Mars, another machine re-creates you from local stores of carbon, hydrogen, and so on , each atom in exactly the same relative position.

Using thought experiments such as these, Parfit argues that any criteria we attempt to use to determine sameness of person will be lacking, because there is no further fact. What matters, to Parfit, is simply "Relation R," psychological connectedness, including memory, personality, and so on. Harris describes the thought experiment in a similar, though somewhat different, way.

In his variation, the copy of you is transported to Mars, while the "real" you awaits confirmation that the duplication is complete before being destroyed. Harris then writes:. To most readers, this thought experiment will suggest that psychological continuity -- the mere maintenance of one's memories, beliefs, habits, and other mental traits -- is an insufficent basis for personal identity.

It's not enough for someone else on Mars to be just like you; he must actually be you. The man on Mars will share all your memories and will behave exactly as you would have. But he is not you -- as your continued existence in the teleportation chamber on Earth attests. To the Earth-you awaiting obliteration, teleportation as a means of travel will appear a horrifying sham: You never left Earth and are about to die.

Your friends, you now realize, have been repeatedly copied and killed. And yet, the problem with teleportation is somehow not obvious if a person is disassembled before his replica is built. In that case, it is tempting to say that teleportation works and that "he" is really stepping onto the surface of Mars.

Parfit believes that we should view the teleportation case in which a person is destroyed before being replicated as more or less indistinguishable from the normal pattern of personal survival throughout our lives.


After all, in what way are you subjectively the same as the person who first picked up this book? In the only way you can be: by displaying some degree of psychological continuity with that past self. 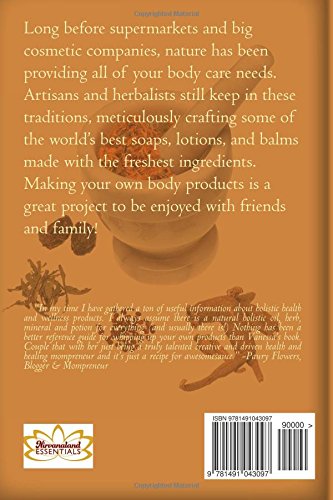 Viewed in this way, it is difficult to see how teleportation is any different from the mere passage of time. Parfit's view of the self, which he appears to have arrived at independently through an immensely creative use of thought experiments, is essentially the same as the one found in the teachings of Buddhism: There is no stable self that is carried along from one moment to the next. Far from being scary, this is a big relief. The self or soul religious people believe needs saving The egotistical belief that an immaterial "I" will endure forever while everything else in the physical world will change and die The world is us and we are the world.

Yes, there is something it is like to be a conscious part of the world called "me. When true believers as I was at one time start to give up religiosity, often they pass through various stages of withdrawal from their addiction to dogma. For me, one stage is an admiration of Buddhism and Taoism, spiritual philosophies which have an affinity with modern science and secular ways of looking upon the world.


I'm still in that stage. I may never leave it. It's Bachelor's interpretation of Nagarjuna's teachings about emptiness, a core Buddhist concept. Well, non-concept. Because if you think you know what emptiness is all about, you don't. I have another Buddhist book aptly titled "The Emptiness of Emptiness. I must have first read Bachelor's book in , since I mentioned it in a blog post I wrote that year, " Search for self called off. Talking about what emptiness is and isn't gets us into some pretty damn deep, as well as shallow, philosophical, spiritual, and scientific thought-waters.

Rather than run the risk of getting readers of this post lost in my own meanderings about what Bachelor says, I'll simply share some excerpts from his book that resonate with me.